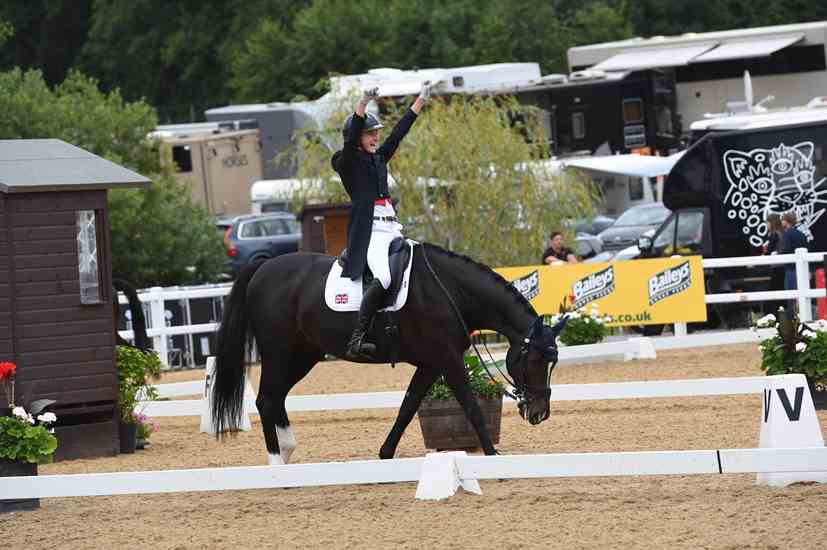 Germany continued a run of fine form on Day 3 at the FEI Dressage European Championship for Young Riders and Juniors 2022.

Just one British Junior rider drew a position on the opening day of competition - Miles Graham, who is one of 53 talented riders in the hunt for gold medal glory.

On board Rebecca Bell's mare Nibeley Union Hit, Myles proved that he's a talent to be reckoned with. He showed the British-bred mare's strengths in two explosive medium and extended canter lines, well-positioned trot half passes and a smart final halt. The score for the combination - a 71.118% - leaves them in fifth position overnight with 28 Juniors remaining.

Allegra Schmitz-Morkramer, yesterday's team test winner with the ten year old Hanoverian stallion Libertad (Londontime x San Remo), topped the day one scoreboard recording an impressive 77.030% and setting herself as the one to beat with the field bound to be in hot pursuit.

A busy day for Great Britain in the first half of the Young Rider Individual competition saw three of the four stepping forward for their second tests at the championships.

Gloucestershire local Caitlin Burgess with her own Chocotof were the first to go. Harmony, balance and lightness are signature to this combination, and Caitlin presented yet another accurate test with the high marks delivered for canter half pass, secure opening centre line and brave, ground-covering tempi changes. Their confirmed score of 72.831% rewarded a provisional third place on the overnight leaderboard.

Anna Dalrymple and Vagabond de Massa continued their good form and built on a brilliant start to their debut European Championships in the team test.

A busy afternoon of dressage with three British riders in action over one hour also saw Maddy Frewin take to the stage with Hannah Dovey's 13 year old gelding Eagle Nouvelle.

Previously campaigned by Katie Bailey, the bay gelding looked a picture in today's test presented with skill by 19 year old Maddy, making her third championship appearance. The individual total for Maddy was a commendable 68.603%.